Has Buddhism Contributed To The Modernization of Western Religions? 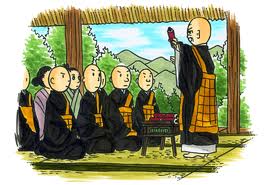 Now back from the holiday, I hope you all had a pleasant time with family and friends.

I have noticed recently as I take a few moments to listen to what Christianity and other teachings have adopted and changed in the modern era and am actually happy with the changes.   Participating in Interspiritual events, I have been able to even realized the changes in vocabulary used by Western religious groups.

I remember 15 years ago that the catholic church would not use such words as enlightenment, meditation, and compassion, because they were seen to be used exclusively by Eastern faiths.  Especially, as I watch or read teachings from the more happy and positive preachers such as Joel Osteen, I am almost blown away about his approach toward the meaning of life, which is a very different feeling then what I have seen in the past and feels as a pronounced move towards the Buddhist way.

I have been rereading in my daily study, Nichiren Shonin’s Kaimoku-Sho (Open Your Eyes).   Nichiren Shonin speaks directly about this happening during the time of the Buddha.  “For instance, non-Buddhists teachings in India before the time of the Buddha were shallow in theology.  After the Buddha, however, they seemed to realize their own shortcomings as they learned from Buddhism and cunningly stole Buddhist concepts to make their own heretical teaching more sophisticated.” P.35 WNS Doc.2  He also speaks of the same thing happening in China.  “Confucian and Taoist scholars before Buddhism was introduced to China had been as simple and immature as infants…  Some Buddhist monks simply adopted Buddhist teachings into Confucianism and Taoism in collaboration with secular men.”  P.35 WNS Doc. 2  I see this happening in the secular world with the business mindfulness movement and all throughout our culture.

I do not feel that this is plagiarism if correct acknowledgement is given, but they may be too shy to do that.  In the same document, second line after Nichiren Shonin admonishes us to respect the three; ruler, teacher, and parents.  It states, “Everyone should study these three disciplines: Confucianism, non-Buddhist teachings and Buddhism.  P.30 WNS Doc.2

In seeing or studying all three, we are able to see the natural progression towards the teachings of the Buddha, even amongst seemingly contradictory theology’s.  Perhaps they will merge one day into the One Vehicle as expounded in chapter 2 of the Lotus Sutra.  I see this as further proof of the profound teaching of Ichinen Sanzen, that even the six unenlightened realms contain the Buddha.  Thus proving the existence of the Buddha realm and allowing us to develop deep faith and moving us forward towards our birthright.

I feel filled with joy each moment that I was able to meet the profound teaching of the Lotus Sutra.  Truly, such a rare gem amongst dull stones is a rare find.

I see the dull capacities of people, despite the technological advancements, to be so blind that this teaching has been made available within their grasp, but instead they turn to childish distractions such as sports events over spiritual cultivation.  However, every practice and chanting session at our Temple.  I am deeply moved by the great resolve and faith of the Bodhisattvas from underground that participate together with me in the great ceremony in the air.  Truly their merit is great!

About The Rowdy Buddhist

This is the mountain hermitage of the Rowdy Buddhist. A mountain priest of the Hokke Shugen...wandering and perfecting his practice. The door of my hut is always welcome for those who will challenge themselves to live in the Lotus Sutra and want to change their lives to be positive. With Gassho...
View all posts by The Rowdy Buddhist →
This entry was posted in Uncategorized. Bookmark the permalink.

1 Response to Has Buddhism Contributed To The Modernization of Western Religions?